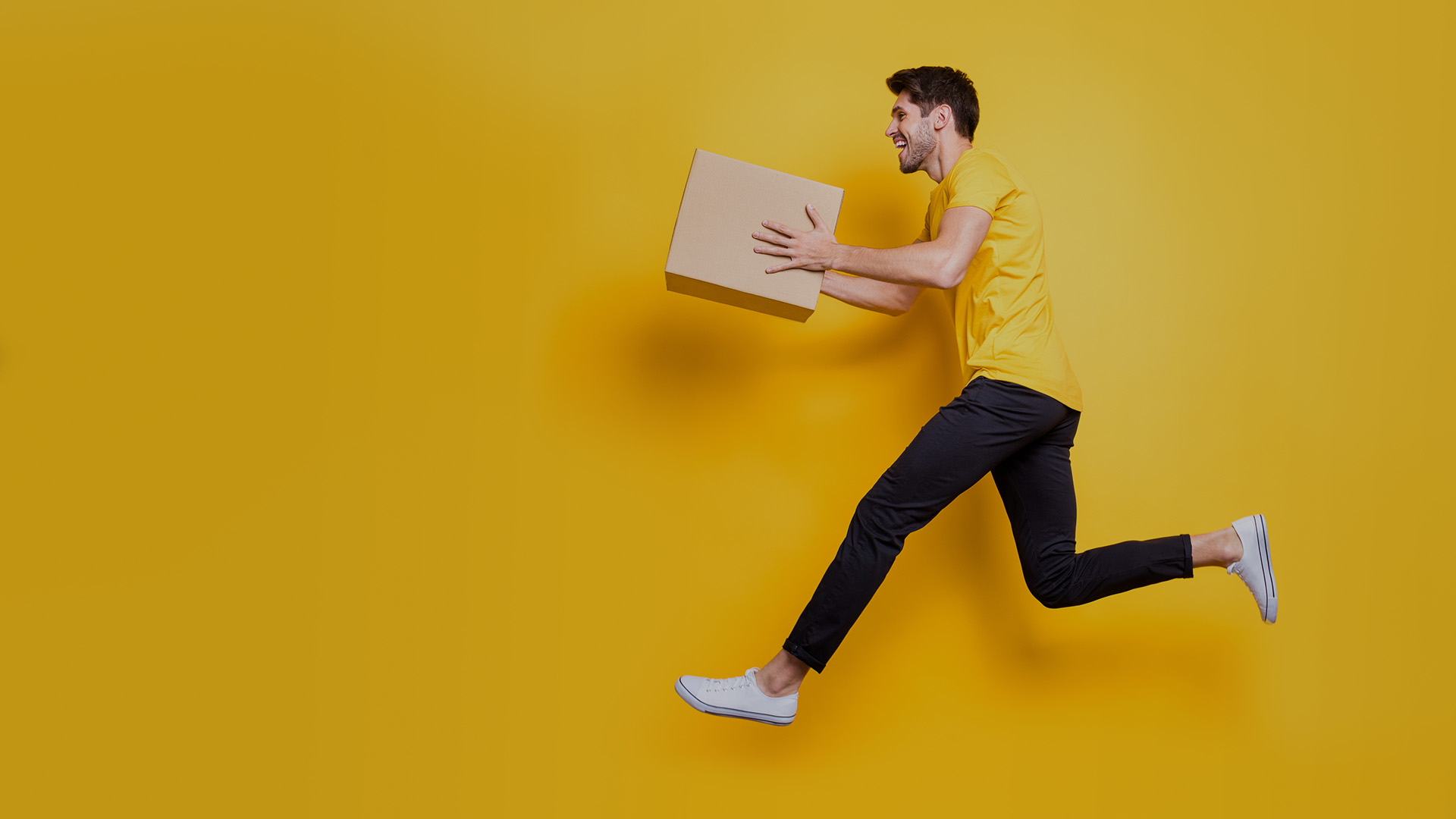 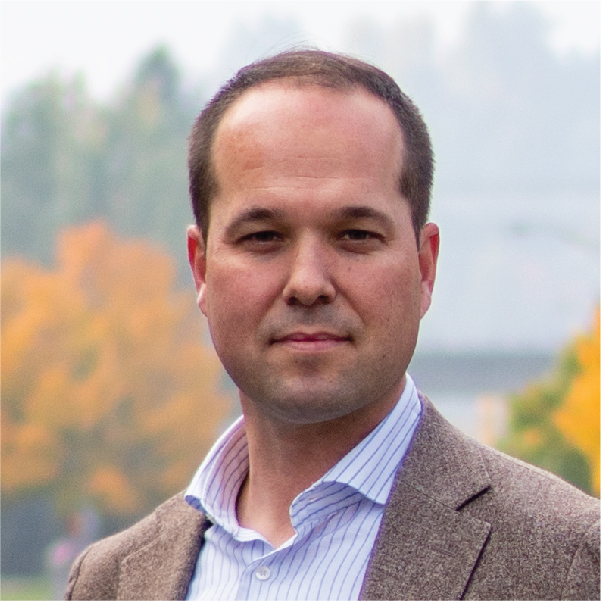 Whether you're marketing an Enterprise solution or trying to decision-makers, outbound marketing can help you involve the right people and lead to measurable returns.

This article will show you ten examples of outbound marketing and talk about why it worked.

Getting a monopoly on database administrators

DatAvail channeled their inner child to make database administration fun with their monopoly-based game, "Datavailopoly." They offered the game at trade shows and networking events, as well as running a referral program with the game as a reward.

The campaign kicked off with direct mail pieces of the game, including magnets to keep the game and DatAvail top-of-mind.

The game itself was not only a valuable resource for database admins, but it was hilarious as well, full of jokes that would probably only be funny if you worked in database management. The game's slogan makes the point clear: "A game for DBAs, by DBAs."

What worked best in this campaign is how it blended usefulness, humor, and specificity. The game was perfect for DatAvail's prospects, and since it was novel, humorous, and a helpful resource, these prospects were sure to return to it again and again.

Hexagon is an industrial IT solutions provider. Because their job is to provide the latest tech and convenience to their clients, they wanted to impress their partners and investors with their Annual Report.

A PDF or PowerPoint slide? No way. Hexagon thought bigger.

They combined augmented reality with their annual report. The viewer was invited to download an AR app that allowed their phone to "trigger" some aspects within the report.

The trigger would prompt interactive images viewed through the phone, like Pokemon GO for financials and product descriptions.

Not only does this make the dry material of the Annual Report more interesting, it showed off Hexagon's ability to use the latest tech for the benefit of their clients.

Remember: every touchpoint, even those that seem set in stone, is a chance to wow your partners.

"Did you mean MailChimp?"

MailChimp is pretty famously misspelled and mis-searched. People put all sorts of crazy stuff into Google looking for the email services provider.

Instead of fighting this trend, they capitalized on it in the most creative way possible. They created nine distinct campaigns based on common misspellings of their name, including such crazy mistakes as "MailShrimp" and "WhaleSynth."

Then, they got inspired. Using art films with surreal content (like a singing shrimp getting eaten in a mailroom) and musical, fully-functioning apps (like the whale noise synthesizer), they put out a ton of content, none of which even mentioned MailChimp.

Of course, people were curious. What the heck is KaleLimp? Who would think up SnailPrimp? Every one of the nine strange rhymes had their own mysterious, remarkable campaign.

When you googled any of the campaign names, you'd end up on the site… where you would be introduced to MailChimp. A creative marketing company like no other.

This campaign hit the perfect pop culture spots with each of the nine branches, with humor and mystery thrown in to seal the deal.

What's the takeaway? Combine your business' unique personality with a touch of mystique, and you'll have an irresistible combination.

The award-winning movie "Buried," starring Ryan Reynolds, received excellent reviews and made $21.3 million at the box office (not bad for a picture that cost only $2 million to make). But before it was released, it had a problem.

How do you convince people to go see a movie where the guy is stuck in a box underground the entire time?

When executed well it's a fantastic concept, but it could have flopped, simply because people are unwilling to believe that experience could be riveting enough for a feature film. So, how do you convince people that being buried alive is thrilling?

You bury them. Not literally, of course. That would require a lot of legal action the studio didn't want to deal with.

But at ComicCon, "Buried" did the next best thing. They created a soundproof box with a totally controlled environment that would replicate the events of the movie.

The willing victim stepped into the box, and suddenly, the comforting noises of ComicCon disappeared. They were left with only the flashes of a lighter and panicked sound from the movie's beginning.

This scared everyone who braved the box, but more importantly, it left every one of its users with a memorable experience that they then spread over social media and word-of-mouth.

Lesson? Spark emotions, and your prospects will spread the word.

Furniture is not the most exciting thing. At trade shows, excitement is the only thing that will pull people to your booth. So, if you're a furniture and equipment rental company like AFR Event Furnishings, how do you pull people in?

Ice cream! But not just any ice cream. SuperCool Creamery, who uses liquid nitrogen to create their dessert.

Instead of having a static display where they tossed out their furniture for the occasional looky-loo to wander through, AFR set up SuperCool Creamery with everything they needed. With a blast of liquid nitrogen, SuperCool Creamery made delicious ice cream for an excited audience.

This seems more like an inbound use case; however, it carries ideas that can work well in outbound. It's OK to do something experiential and personal, especially if what your offering seems a little stale.

Endeavor to create buzz, leverage our senses, and create memories your B2B want to share.

Parallel parking is the bane of my existence (not really, I just wanted to sound more relatable). You've probably been there with only a few feet of give on either side of you as you try to squeeze in, scooting back and forth with mounting frustration.

The new Skoda Yeti can make the parking struggle a thing of the past with parking assist. However, the problem with a new feature is you can't just explain it. You have to make it memorable.

Skoda created a postcard. On one side, a little Skoda Yeti. On the other, a similarly tiny parking space.

Simply place the miniature Skoda Yeti on the card, and magnets drag it into the correct spot. Not only is it simple, but it gives the prospect a direct sensation of ease when using Skoda's parking assist.

This is technically a B2C campaign, but again the principles still hold for B2B. Get something in your prospects' hands so they can feel your message.

A Light in the Darkness

Every year, the World Wildlife Federation sponsors "Earth hour." It's a call for companies and individuals to turn out their lights for one hour. Instead of consuming during that hour, the whole world is encouraged to think about ways we can better support the environment.

Of course, getting companies to go "lights off" can be challenging. The decision has to be made at the top level, where the prospects are the hardest to reach.

WWF sent a candle in a specially-made box to CEOs. The box looks like an office building viewed from the outside, with all the lights on. When the candle is pulled out, it goes dark.

Not only is the visual striking, but the candle itself acts as a physical reminder that can also be used during Earth hour!

This campaign hits several sweet spots since it's memorable, practical, and tactile. The year WWF sent the candles; corporate participation increased 260%. Now that's a remarkable return for one little candle!

An Italian online laundry company had difficulty getting the attention of their target market. Their research indicated that many Italians didn't even know online laundry services were available!

When your market has no idea you exist, you have no choice but to be remarkable. LavOnline got the attention of married professionals, who have little time to do their own laundry, with their Tomato Splat mailer.

This is the kind of fun item that will stay on someone's desk for a long time. People will walk by and give the reforming tomato their own try, which leads to more word-of-mouth for LavOnline.

Within four weeks, 32% of recipients registered online, and 8% tried the service. Site traffic increased by 15%. These are significant boosts for an e-commerce business and an unmatched success rate compared to inbound marketing averages over one month.

Now, I'm not saying you should copy this one exactly. It's a bit creepy, but the idea is so brilliant, we had to share.

ADT is a home security provider. You've probably seen the little blue signs in people's yards. However, while ADT is ubiquitous among homeowners, many apartment renters don't consider their home security needs.

Most home security providers use fairly traditional channels: television ads, radio, maybe a postcard or two. ADT took the direct mail route and made it remarkable (and a little scary).

First, they built a box that would start flat but pop up into a cube on its own. Then, they slid the flat box underneath people's doors. The box would pop up inside of the apartment.

When the resident saw the box, it would look like someone had left a package inside of their home. The box had this eerie message: "Breaking into your apartment is easier than you think."

Memorable? Yes. A cause for calling the police? Maybe. But if the goal of marketing is to grab their attention, this box certainly hit the mark.

When All Else Fails, Use Wine

One Inc has a particular clientele: they offer insurance providers a better way to process digital payments for premiums and claims.

They need to reach C-level leaders who can make the decision to partner with One Inc. At this level, executives are bombarded with offers, and multiple levels of gatekeepers guard their time. Reaching a C-suite executive requires more than a box of swag.

Knowing that only high-quality items can reach high-quality opportunities, we designed a specialty experience for 200 decision-makers. The look and dimensionality of the gift made it past the gatekeepers and directly onto the desk of key prospects.

When the executive opened the box, they were greeted by an individualized video that automatically played upon opening. Each video was tailored to the individual and their company's pain points.

The prospect removed an insert to find a bottle of fine wine for a memorable and generous touch. When dealing with high-value opportunities, it requires high-value thinking.

If this seems like too expensive an option, consider the high value of each potential partnership for One Inc. The ROI? 200x return on the expenditure.

So, what do these top 10 campaigns have in common? They do one or more of the following:

If you do these three things with your outbound marketing, you'll spark word-of-mouth, incredible ROI, and most importantly, build lasting relationships with your target audience.

Check out these case studies 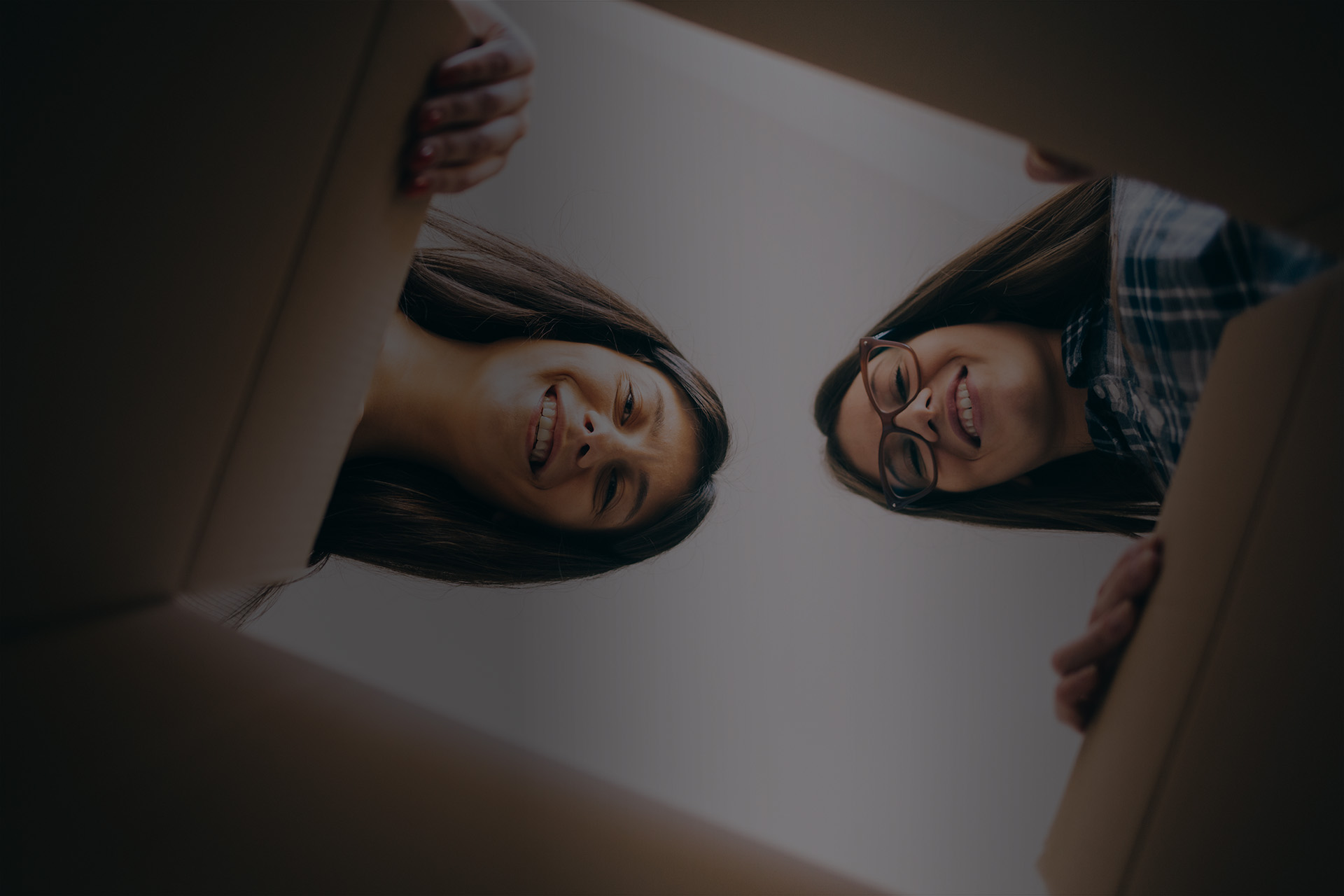