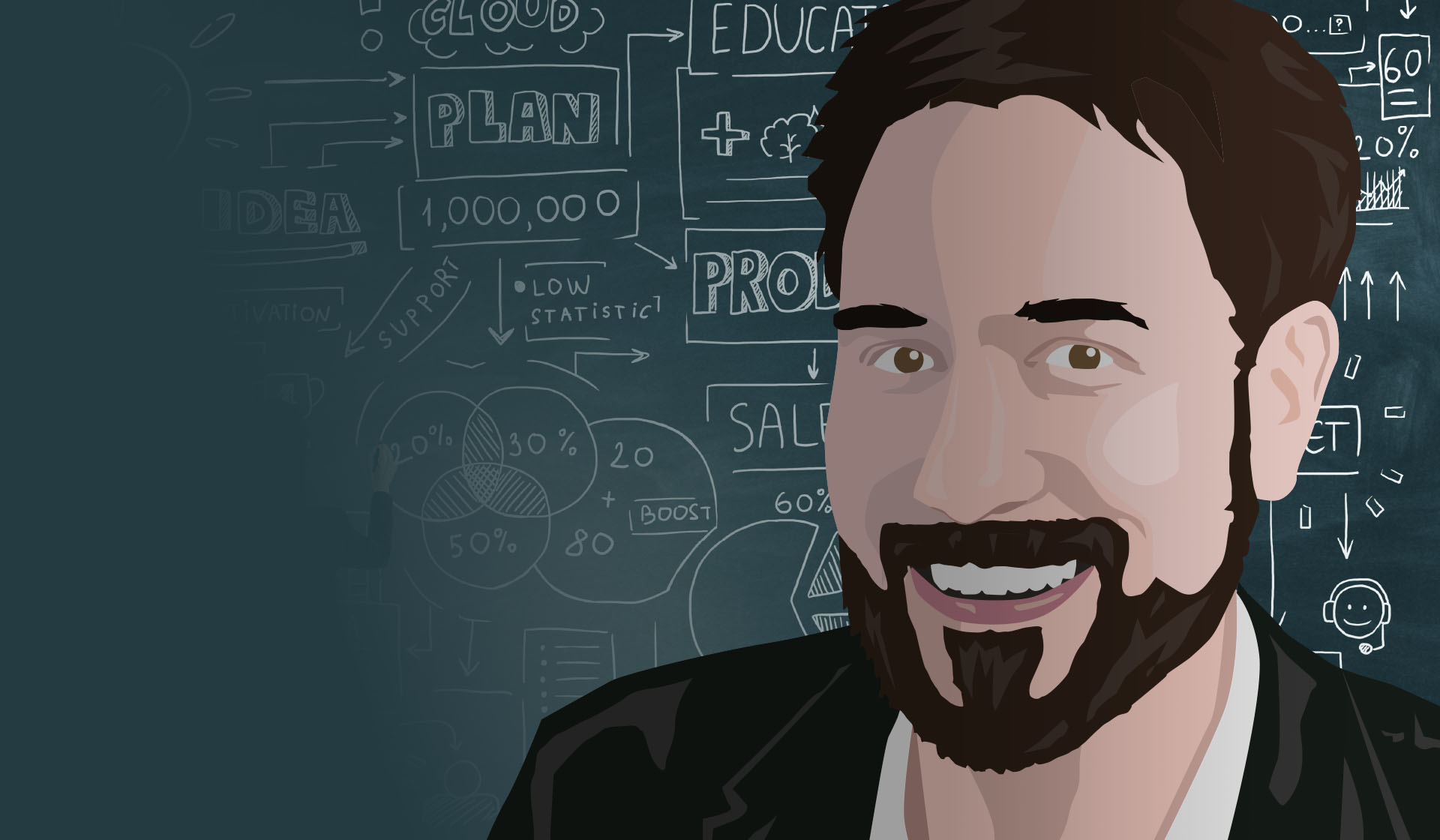 Use emotion to align your subconscious with your conscious goals, and you’ll be unstoppable.

UviaUs’ Chief Creative Officer, Garret Krynski, sat down with Kevin Bailey for an enlightening discussion on the neuroscience of visualization.

Kevin Bailey is the CEO & Founder of Dreamfuel, providing mindset coaching and products for high performance teams and individuals. Neuroscience backs everything Kevin and his team do, and he’s currently wrapping up his own Masters in Neuroscience.

Of the many tools Kevin brings to his clients, visualization is one of his primary passions. He’s seen visualization empower executives and account executives to accomplish incredible missions. Here, he tells us how it works, and how we can make it work for us.

What does the term “visualization” mean to you?

When I think of the term “visualization,” I think of a very powerful tool that high performers can use to align the subconscious mind with an outcome.

About 70% of our semi-conscious/subconscious are disempowering or limiting in nature. So, if you think about that, you have 5% of our conscious mind trying to control a game that is very much rigged against us.

At Dreamfuel, we use visualization as a tool to drive, neurochemically and hormonally, the fuels to create change in the mind and align the subconscious and conscious with our goals.

Are there different kinds of visualization?

There is “rehearsal” visualization, where you might, for example, visualize yourself running the perfect board meeting. It’s about the steps of a process, how all of those feel.

There’s also “outcome-based” visualization, where for example you’re imagining selling your company. In that case, you’re focused on how it feels when you finally win.

How are these types of visualization similar?

How does visualization help achieve goals?

You’re treading over the fixed mindsets and limiting beliefs that stand between you and success. Neurochemically, it releases neurotransmitters like dopamine and hormones like noradrenaline that are extremely motivating and positive forms of energy.

Normally, you’re bashing your head against a brick wall of semi-conscious limiting beliefs. Think about the practice of meditation. What’s the goal of meditation?

When you meditate, you’re trying not to think. But what are you doing? You’re thinking the whole time.

Are you consciously trying to think? No. You’re consciously trying not to think. But the brain automatically thinks. Usually, you’re bombarded with Negative Automatic Thoughts (we call these NATs). They’re constantly flying at you.

When you meditate, NATs become conscious. During your waking day, it’s still happening, but they’re semi-conscious. However, they’re still controlling your behaviors in that state.

You may have a belief in the back of your mind, just as an example, but maybe you learned it from an uncle when you were a kid. He constantly upbraided you and told you, “Life sucks,” and “Everyone’s out to get you.”

No matter what you do, that thought is still going to be in the back of your mind, beating on your conscious mind, trying to take over while you’re trying to execute your goals.

Another one we’ve all heard is “Money doesn’t grow on trees.” All this stuff we learn as we grow up. Up until the age of eight, your brain is basically open in a state not unlike hypnosis. You’re susceptible. You’re downloading all of these concepts, and these limiting beliefs come in there, and they become your “thoughts.”

I see those air quotes. Why “thoughts”?

I say “thoughts,” but what they really are is networks of neurons in your brain that fire because electricity flows through them.

We only think we’re thinking. If I ask you to imagine a red fire truck right now, that’s thinking. That’s a thought in the traditional sense, where you made that happen consciously.

Everything else is being thrown at you from the subconscious. The heart beats, the mind thinks, automatically. It’s not a conscious process.

We’re constantly having these thoughts fired at us. Our job is to align those thoughts with our goal, instead of the opposite.

How do you help your clients visualize?

We often guide visualizations. It’s actually a lot easier that way. It’s hard to be both the narrator and the lead actor of your visualization at the same time.

A lot of what we do is, we sit down with someone who tells us, “I’m preparing for a board meeting. I have a slide deck.”

I have another client, he’s an athlete, he’s going to set a world record in rowing. I have him go through it, movement by movement. How is he feeling inside? What is his brain telling him? We ask it a hundred different ways.

We let them feel what they will feel like at every stage. That’s why I often do the narration. Their only job is to sit back and see it.

You can do a rehearsal visualization by yourself if you want. I do it all the time. It’s just a little trickier.

How do you walk your clients through outcome based visualization?

For outcome based visualization, we say, “Let’s talk about an extremely important event in your life, your business, or on the field. Once that’s done, how will you celebrate?” Or “What will it feel like the moment you get the signed contract? The moment you sell your company for a million dollars?”

We visualize a moment in time. We immerse them in that experience, letting them fully absorb the feeling of victory.

That boosts their confidence, their drive, and their motivation, as well as resilience factors and every other piece of mental fitness that we work on.

Emotion creates memory. It’s why you remember a lot of songs and not a lot of lines from your textbooks.

Does that new positive emotional memory override or kill the negative subconscious thoughts?

Think of it like you move into a new neighborhood of your brain. It’s not that the NATs aren’t there, but you’re shifting your brain’s physiology into a new state of consciousness.

There are good and bad neighborhoods of your brain, just like anywhere else. You’ve heard of fight or flight? You actually have four: fight, flight, focus, and freeze.

If you’re in a state of flight, dominated by cortisol and adrenaline, it’s going to make you want to run away. That will dominate your thoughts. Your big negative thoughts in this state will be along the lines of “I’m done with this,” or “I quit.” This is the quitting cycle.

We use visualization to put someone in a state of focus, dominated by dopamine, serotonin, oxytocin, and noradrenaline. Those neurotransmitters and hormones will lock them into focus.

They’re not in the part of their mind that houses the negative thoughts. Our job as a mindset coach is to keep them there, to keep them in focus, throughout their whole hero’s journey.

Visualization kicks it off, and then we use mindset coaching and the other mental fitness techniques to keep them there, in a state of focus. It’s a dance. It’s an amazing thing to watch and be a part of.

Every time somebody drifts into flight, they’re going to want to back off. But we keep them out of that.

Exactly. I experienced that in 2012. We took a start-up to a hundred employees really quickly. I was twenty-six and overwhelmed by everything that was going on.

Cortisol and adrenaline were my big fuel. It changed the dynamics of the way that I led, the way people responded to me. It changed the whole dynamic of how I interacted with my business partners. Ultimately it led me to burnout.

It was the first time I met a neuroscientist, who told me what I’m telling you now. It was a mystery to me, too, until he explained it.

Where does visualization fit in with other marketing tools, like empathy maps, customer journey maps, and prospect personas?

One of our clients is a successful Chief Marketing Officer. Every quarter, we sit down with him and his whole marketing team, and we have them tell us their vision for the quarter. “We’re going to nail this conference,” or “We’re going to launch this new product.”

Then we sit down and run a rehearsal and outcome visualization for the whole team. Fifty marketers on one Zoom call, all seeing the same thing, the same outcomes together.

When you get fifty people visualizing the same outcome at the same time, watch out! Because you’re getting all their emotions, feelings, thoughts, and physiology all aligned with success. The behaviors and the results are automatic at that point.

So doing it together amplifies the result?

One hundred percent. Most leaders are trying to align the behaviors of the team, but they’re not attuned to the fact that behaviors are a result of emotions, feelings, thoughts, and physiology.

Visualization programs the entire being. And if you have an entire team programmed the same way, I like to say, they’re pulling the same side of the rope. Not just from a behavior and outcome standpoint, but at every step of the process.

It cuts down on a lot of maladaptive behaviors and conflict.

Does visualization help a marketer understand the possible reactions and outcomes of other people? For instance, when we’re trying to understand our customers and lead them to action?

Yes. You can use either type of visualization to see the customer’s reaction to a product, for instance.

It’s one of the great things about visualization, you can get as abstract as you want. You can visualize, from a bird’s eye view, every customer in the country reacting to a given campaign. I shift perspectives often during visualizations.

That kind of visualization, seeing from other points of view, can be very powerful, so long as it impacts emotions. If the visualization falls flat and doesn’t engage emotion, you won’t create a memory, so you have to do it in a way that generates emotion.

That’s why the narrative aspect of guided visualization is powerful. You don’t have to be an expert in visualization to be guided.

What are the barriers to productive visualization?

Feelings and emotions are the most important thing to focus on in visualization. The senses are important as well. You have to thoroughly integrate the senses into a visualization: what are you seeing, smelling, tasting, touching, hearing?

These things put you into the visualization. If you can get there in your mind, then you’ll feel it more and create new neural pathways.

So a lack of dimension can make a visualization ineffective?

Yes, the subconscious mind is symbolic, it’s very sense-based, it’s not the logical part of the brain.

You can quote a KPI during the visualization, “Yeah, we closed over a thousand leads this month!” But the rest of it, keep it focused on emotions and feelings, not logic.

Who can benefit from visualization?

Everyone who uses these tools can benefit. Every niche is going to need this: marketers, sales, executives, customer success, etc.

Our company’s focus has been more on account executives and the c-suite. We’re working on building technology for this space.

I’m glad to see you’re bringing it to marketers.

Have your own knowledge to share about visualization? Want to ask some questions or discuss theories with like-minded marketers and topic experts?

Join the REACH LinkedIn group. Daily discussions cover the latest in psychology, marketing, and more, all geared toward helping you reach your next goal.

Moderated by UviaUs, the ABM agency for aspirational B2B Growth and Enterprise Brands. 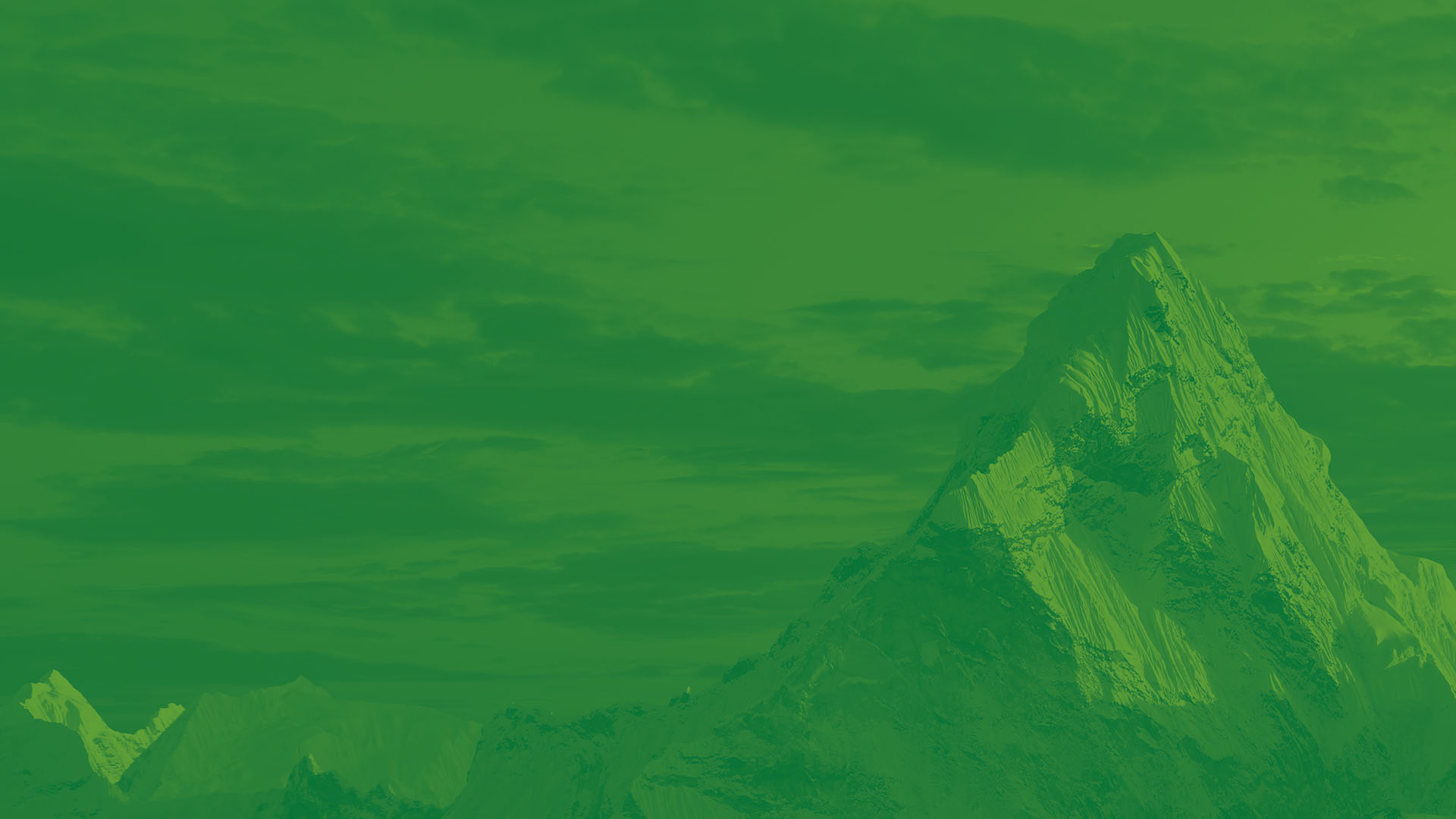